By Paul A. Miller ’21
An overhead view of Ellis Island 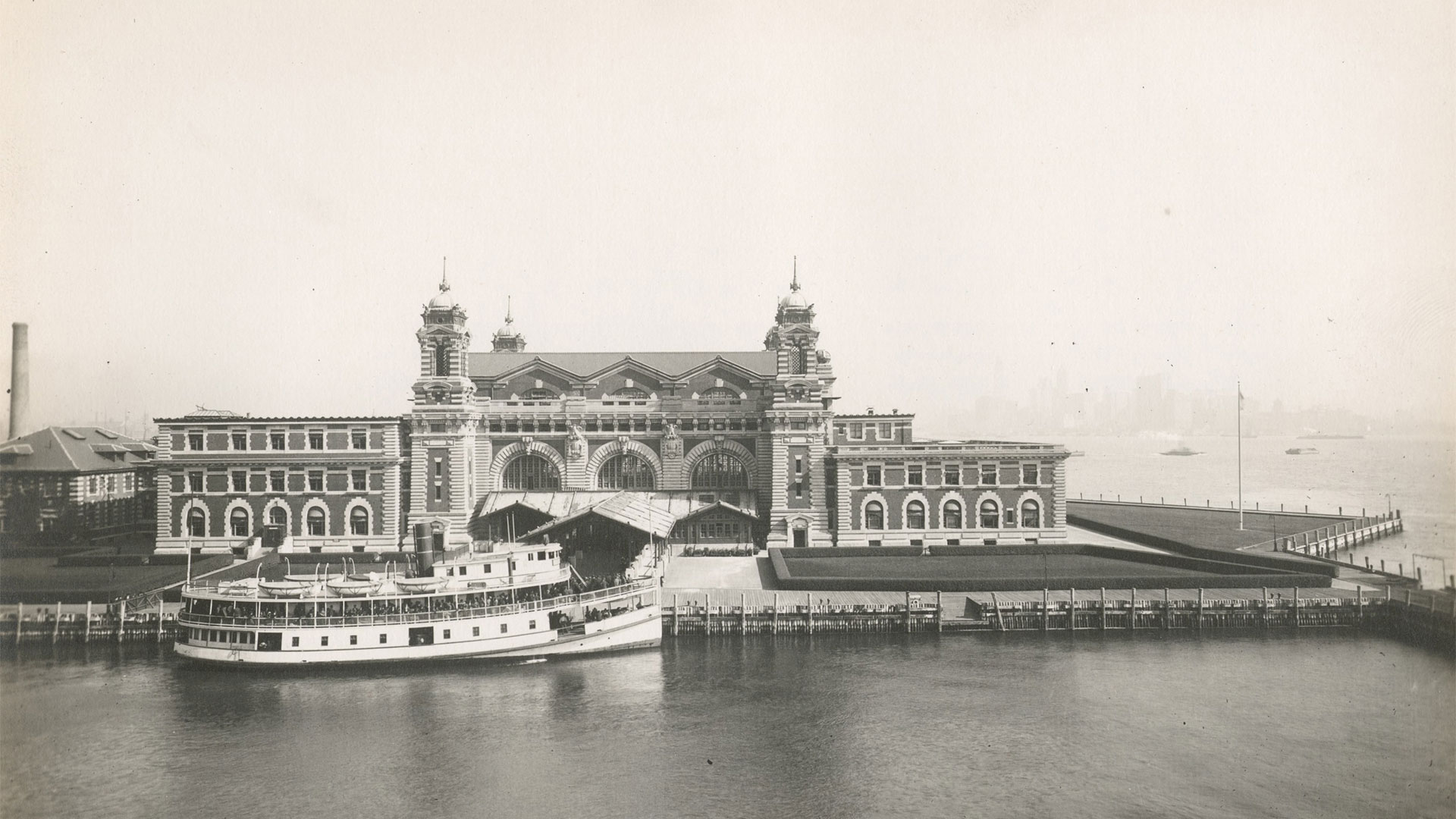 For many, a trip to Ellis Island elicits inspiration. For Nolan Altman ’77, it sparked embarrassment. When asked by his eldest daughter whether anyone in their family had entered through the storied immigration station, Altman says he “felt stupid” that he didn’t know. As a result, he turned ignorance into inspiration and set out to trace his family’s history. It turns out that the Altmans did come through Ellis Island by way of Poland.

Since his daughter’s visit to Ellis Island nearly 25 years ago, Altman has gained a better understanding of his family’s history, but has also dedicated himself to helping others discover their own heritage; it’s a passion that’s led to him being heralded as a leader in the Jewish genealogy community.

In 2021, the Queens, N.Y., native was awarded the Lifetime Achievement Award from the International Association of Jewish Genealogical Societies, an umbrella organization representing close to 100 local groups worldwide. “Most of the projects I work on do not have my name associated with them, which is why this very public recognition is very touching and greatly appreciated.”

For more than 20 years, Altman has served his local genealogical society, the Jewish Genealogy Society of Long Island, and works internationally as the vice president for data acquisition for JewishGen, the global home for Jewish genealogy. He oversees its Holocaust and Memorial Plaques databases and the Online Worldwide Burial Registry. The goal is simple and enormous: maintain a centralized, permanent database of every Jewish burial for the benefit of families and researchers. The burial registry encompasses more than 4.1 million records from as many as 138 countries.

Altman continues to give genealogy presentations to genealogical societies, social and community groups, and others interested in family history around the country. In the current “Zoom environment,” geography isn’t a barrier.

In short, Altman is helping to preserve a Jewish past.

If it sounds like a lot of work, it is. “It’s almost 24/7,” Altman said in a phone interview. “I’m always looking for people to volunteer!”

To inspire the next generation of genealogists, Altman has also brought his passion directly to college students. Several years ago, he partnered with the Judaic Studies program at UAlbany to provide an intensive, hands-on learning experience where students researched local Jewish history and landmarks, and visited Jewish cemeteries to photograph headstones, translate Hebrew names and record burial dates.

The students came away from the fieldwork with a profound appreciation for the work. One student’s review was representative of many of their comments: “The efforts our class put in to carry out this project … not only allowed us to grow and learn, but also serves a great purpose by giving people who want to connect to their past the opportunity to do so.”

For Altman, the experience was a win-win. “I asked students to write a few lines on what they thought of the project. I couldn’t have written the responses any better myself! It just proved that the genealogy bug can bite people of all ages when they actively participate in hands-on projects,” he said.

Altman graduated from the University with a degree in accounting and his career included a stint as partner in a public accounting firm and a director in a highly-successful global hedge fund. He eventually traded the corporate world for the classroom; he teaches business and accounting as an adjunct to a diverse population of students at Queensborough Community College. “I always enjoyed teaching,” Altman said. “I felt like it was something I could do. I must have gotten it from my mother who taught at vocational high schools and community colleges.”

It was in his mother’s memory that he started an endowed scholarship for business students at UAlbany: the Martha Bealler Altman Scholarship. He also founded the Morris Altman Research Award in Judaic Studies, named for his father.

Remembering and honoring one’s family is a central theme in the life of Nolan Altman and he says he’s working hard to ensure others have the opportunity to do the same.

“I’m busier than I’ve ever been. There’s plenty to do.”

Clarence Eckerson Jr. wants to put the world on two wheels. Through his international advocacy for bicycling, he just might do it.
Fall 2017 - Glen Trotiner - Making Movie Magic
From the Archives

Glen Trotiner reflects on his days at UAlbany and offers insights into how the experience allowed him to segue into a fascinating career in the movie industry.
Cassidy Lent
Spotlight