Joseph Peterson is managing partner of Kilpatrick Townsend & Stockton’s Silicon Valley office. Joseph has represented clients in litigation, arbitration and administrative proceedings involving copyright and trademark law for over 20 years and was recognized by The Best Lawyers in America® in 2021 and 2022.

Vera (Odierno) Sweeney is the founder of “Lady and the Blog.” A popular social media influencer, Vera helps busy women stay on top of the latest style, travel, and parenting trends.

Michael Brodack was named special agent in charge of the Criminal Division of the FBI New York Field Office. Michael previously served as the FBI senior liaison to the Cybersecurity and Infrastructure Security Agency (CISA) at FBI and CISA Headquarters in Washington, D.C. He began his career as an FBI special agent in 2002.

‍Takis Dikasis is founder and president of online company Corporate Citizenship and has worked for several New York State offices including State Comptroller, Department of Taxation and Finance and the Workers Compensation Board. Takis has published three books: Abundant Life, Prosperous 20’s With An Unnecessary Depression and God’s Great Plan For Your Life.

A behind-the-scenes taste of what it's like to be the television personality, author and award-winning chef.

Resolve of a Revolutionary

From campus controversies to presidential politics to Oscar-winning films, Rosa Clemente '95 has led a life filled with epic moments.

Jason Irizarry was named dean of the University of Connecticut Neag School of Education. He is the first Latino dean to lead the Neag school. 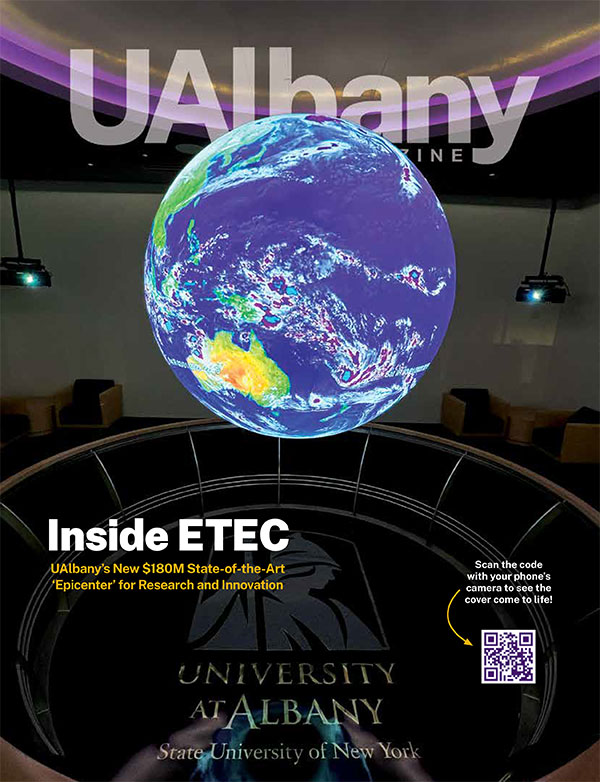